The Senior Tigers were delighted to welcome Les Hare, the Chairman of the phoenix North Ferriby United club.

Les has been involved in grassroots football since his schoolboy days although he had to play Rugby League at Mersey Street School whilst football was an out of school activity. When he joined the RAF he had the opportunity to play football and took it with enthusiasm. He would also follow the Tigers and has done since the early 1960s.

So why North Ferriby? A friend ‘conned’ him into helping with one of their Sunday League teams and he found himself being ‘sucked in’. North Ferriby United started as a hobby but one that would eventually take over his life. He became club Chairman in 1994, a post he held until finally relinquishing it in 2015. Here was a village football club that had twice played at Wembley Stadium, truly remarkable. Yet he watched with dismay at their sudden fall from grace. This finally led to their demise earlier this year, their Centenary Year. Under the ownership that had followed Les the club had suffered back to back relegations, an experience the club had never previously experienced, not once let alone twice. The club motto seemed to have been lost – Pride, Passion, Belief!

In March 2019, there was no queue to rescue and resurrect the club and when Les stood up he found himself to be in a queue of one! This was the potential tragedy because it wasn’t the loss of a team but a club which had 18 teams and 190 players as well as Walking Football teams. It was a potential catastrophe. Les, against his better judgement, took the challenge on, the challenge to restore this club as a phoenix rising from the ashes. It would once again be a family and community club. Prices were kept at a good value level – Concessions £3, Pies at £2 and pints at £3. It would be non-profit making with every bit of generated income being put into running the club and not into owners’ pockets. They applied to be readmitted into the football pyramid and were invited in the Northern Counties East League – back where they were 10 years previously. Now six months later the Stadium has undergone a full refurbishment and the new journey was underway. Asked whether he was surprised as to what would be expected of him as Chairman when he initially took the office in 1994 he mentioned that he had to understand the financial implications, all the rules of the game, the requirements of ground maintenance and health & safety. Far more than anyone could possibly appreciate.

He soon realised that every promotion brings new challenges, extra requirements, extra seating, extra toilets etc. Once they reached Conference level it was almost on a par with the professional game – minimum 3000 seats and fan separation.

Being Chairman was akin to being a professional Fundraiser. A recent Sportsmen’s Dinner had raised £4k!

Les acknowledged just how proud he had been of their meteoric rise since the Millennium. He recalled the Wembley final against a fully professional Wrexham team when from a 2-0 losing position they came back to draw level and eventually win on penalties.

He was asked whether the club had overreached themselves when taking their place in the National League. He agreed they had but aid that you have to maintain momentum and commitment or the pendulum will surely swing against you.

Did he want to say anything about the time when he resigned? He admitted that he felt that the new owners had seemed a great fit for the club only to find that as they returned from Wembley they had immediately put the club up for sale. He was totally against the plan but realised he could do nothing to prevent it so he retired from the club – with a very heavy heart.

He was asked how much it costs to stage a match. He reminded us that there were 18 teams, each needed full team kits with only the top team able to charge for entrance. All the teams cannot play on the main pitch meaning that they have to hire many additional grounds for the teams. Whilst hard to break it down to individual matches he mentioned that it required £150,000 per season. 18% of that cost can be covered in entrance money plus food/drink sales meaning that 82% needed to be raised by fundraising/sponsorship etc. The only people who are paid at the club are players, if they play, plus the cleaner and bar staff. The rest are all volunteers – including the Chairman.

How are they placed then? Les mentioned that the level of support has exceeded all expectations and they are keeping their heads above water.

Will he be happy for North Ferriby United to remain where they are or does ambition still burn? Les said he’d started the year with no ambition other than to develop as a Family Club, one run by and for the people.

Did he feel the East Riding Cup had been devalued? He agreed that reaching the Final and playing at the KCOM Stadium was the highest motivation for any local football club. Since this has been denied our County FA is the only one in the country not to have access to a professional ground. Yes, he regrets this.

Would Hull City ever return to North Ferriby? Les responded by saying that Jon Beale from our Tiger’s Academy had visited since the refurbishments had been carried out and was “blown away” by what he saw. He had wanted to bring the Under 23’s back to Ferriby but was overruled. The Under 23’s currently play at the East Riding’s Roy West Stadium. Les was delighted to say that the Hull City Ladies team are now settled at his stadium on Sundays.

The Centenary year for North Ferriby United had been a most traumatic time but they are still an astonishing story. A village club with over 60 trophies and two appearances at Wembley – hard to beat. We can all cheer them on at the start their second century!

The meeting gave a huge vote of thanks to Les Hare.

Other things shared at the meeting.

Dave, our Chair, was delighted to announce that we were testing out a potential new sound system. Our previous one had failed and we had to make new plans. The system we were using for this meeting had been very kindly loaned to us by Debbie Anson from Anson’s Electrical on the Boulevard. If it passed the test at the meeting we would look to purchasing it in time for our January meeting.

There had been a number of requests for a Ladies Walking Football or Netball team. Our committee had recently met with representatives from England Netball and Haltemprice Leisure who were happy to promote a Ladies Walking Netball team. The committee invited them to join us at the start of our January meeting (January 9th) and share the possibilities.

Members were informed that the Christmas Luncheon on 5th December would commence at 12.45 pm and that the doors would be open from 11.45 am. The bar would also open at that time.

The trip to the National Football Museum in Manchester is set for Thursday, 21st November and that Catherine Bishop from the Tiger’s trust would be joining us.

Our January trip would be to the Wensleydale Creamery in Hawes. Tickets still available at £22 p.p. We also have an exclusive Classroom visit to the Deep on 10th December. Only 3 places left available – ask Barbara.

Our October meeting had raised £45.09 for the Save the Tiger’s Appeal at the WWLF and giving a running total of £179.09.

Finally, we were told that the National League were trialling Sin-binning during matches. An offender would be sent to the bench for 10 minutes with no replacement. It sounds a positive move and had already given signs that on-field dissent had already shown a significant reduction. 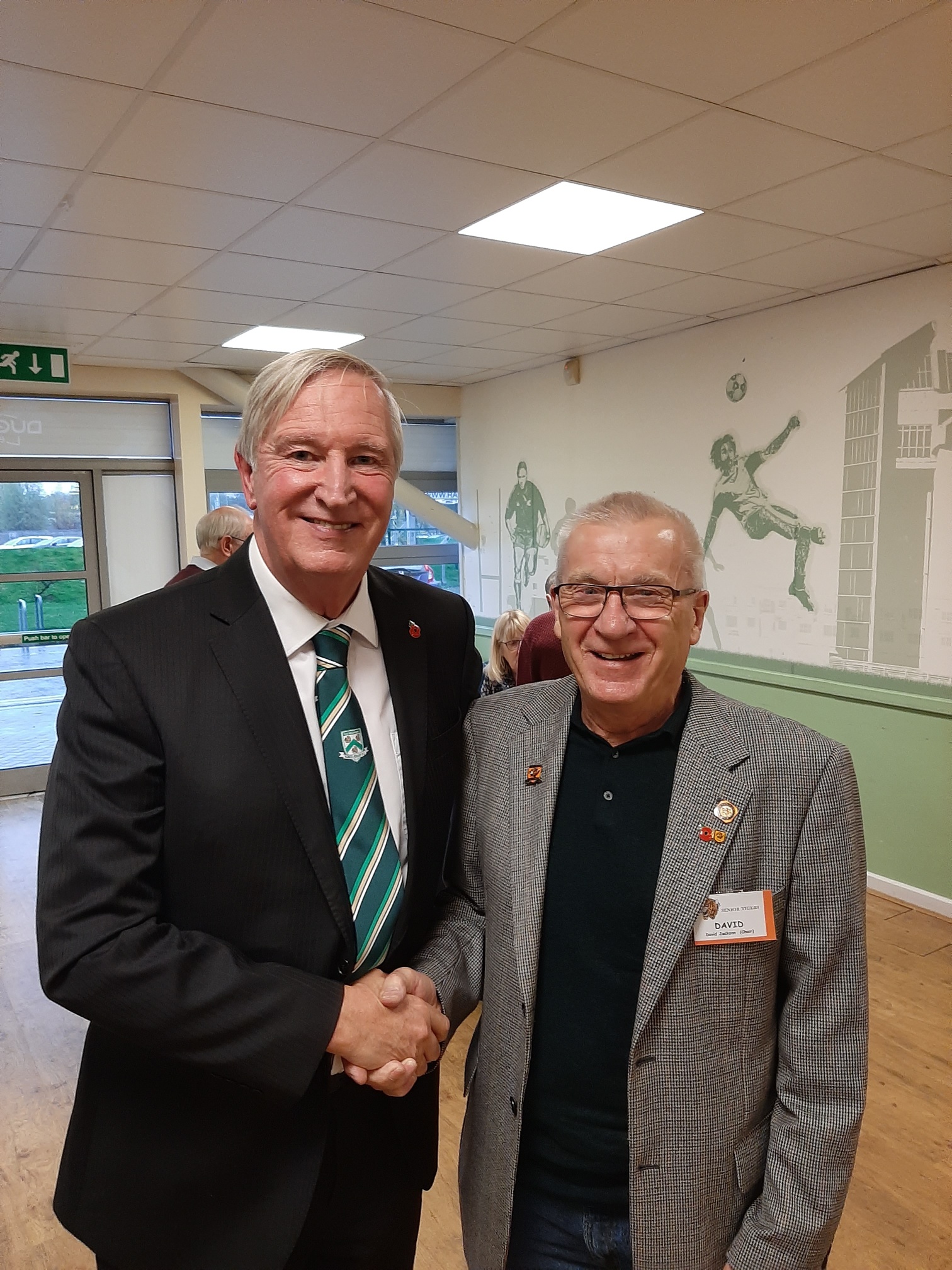 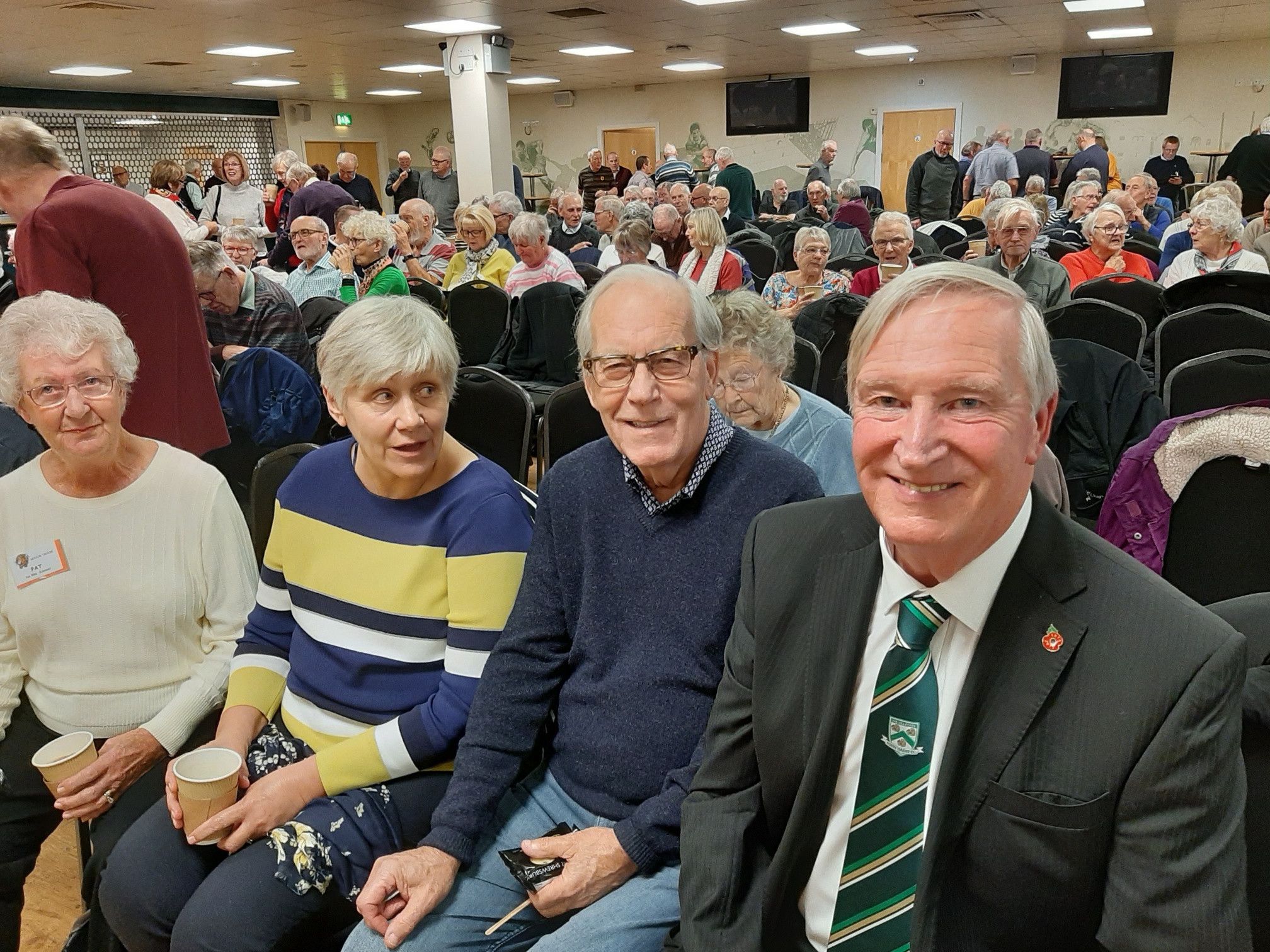