Following our Annual Meeting we settled down for another memorable conversation with an Ex-Tiger, but on this occasion an almost ‘Forgotten Tiger’. TOM MATHERS was a goalkeeper during the 1950’s but he never made a senior debut. Tom had the misfortune of being understudy to the legendary Billy Bly. The Tom we were introduced to bore no grudge or complaint but revealed himself as a wonderful, generous gentleman. Our members were quickly endeared to him.

On this occasion the interview with Tom was by our good friend, David Bond. David soon had Tom talking and we found out that he was a East Hull lad, born in 1937 in Walcott Street. He survived the Second World War but not before he and the family were twice bombed out. Eventually they had moved to Woodcock Street. At 11 years Tom had joined the Boulevard Boxing Club and from time to time he would be offered a pass to go and watch the Tigers. That led to him also playing the game, usually as a full back. He’d tried playing in goal but didn’t like it. Too much diving about in the mud! At 12 he was playing in the Senior Boys League for Somerset Street School and Pickering Amateurs.

Later, having started working in a signal box on the railways, he was “invited” for youth trials with Hull City – as a goalkeeper. A month later he received a card from Bob Brocklebank at the club saying “you’re playing at Sheffield Wednesday for the Yorkshire League! They were then promoted to the Midland League and were up against teams like Peterborough United & Boston United, made up of seasoned old pro’s. He remembered losing 7-0 (three down after 15 minutes!) and said he was “absolutely heart broken”. He was clearly doing something good and was even selected for an Amateur International whilst City offered him trials for the professional team. During those trials Billy Bly was an excellent encourager for him. Bly even taught him how to dive at a player’s feet but when he tried it out at Dulwich Hamlet he was taken off with concussion!

At City they had up to seven goalies to cover their four teams so competition was fierce. He recalled Bernard Fisher who eventually replaced Billy Bly and spoke with great admiration for Viggo Jensen who he described as a “wonderful player and a pianist”. When Jensen retired the club apparently bought him a grand piano!

Tom is very generous and freely admitted that “there were better goalkeepers than me”. He mentioned how Raich Carter had watched him play at Costello and offered him advice should the football option not come about. He was just appreciative of the kindness. He may never have become a pro’ but, as he said, “I’m a Tiger and a Tiger I will always be!” Huge round of applause.

Following his time with City he went on to play for Bridlington Central before moving to play for Wilson Line. They then decided only employees should play for their team!

Having started work in the Signal Box he would then become a Blacksmith’s Striker before eventually joining the British Transport Police in 1959 when he was 22 years old. Soon he opted to work as a dog handler and spent over 26 years working with dogs for Transport Police. He also played football for the police until he broke his ankle.

Later career saw him work as a Red Cross Ambulance Driver before he joined Hull University to do a job on the switchboard. They then discovered that Tom was a quality calligrapher and the University invited him to do all the calligraphy for their honours and awards. He recalled with pride doing the honorary degree for Desmond Tutu. In time the university appointed him as Assistant Beadle and he take great privilege on parading at the Cenotaph among all those “brave heroes”.

Later he joined the HRI as a volunteer working in support of dementia patients and the Elderly Assessment Centre. Last month he did an incredible 85 hours and was recently given an Award of the DME Star. Tom clearly loved serving the elderly – oblivious to the fact that he is himself nearly 82!

Finally, another side of Tom was also revealed. He is an excellent singer. With a rich Tenor voice he has sung with the Police choir, the Savoyards and local Male Voice Choir and soon he broke out into full voice, singing “If you want to hear the Boothferry roar ….”

Our thanks to Tom. What a wonderful gentleman. Thanks also to Dave Bond for steering the conversation that has got the Senior Tigers off to a wonderful new season. 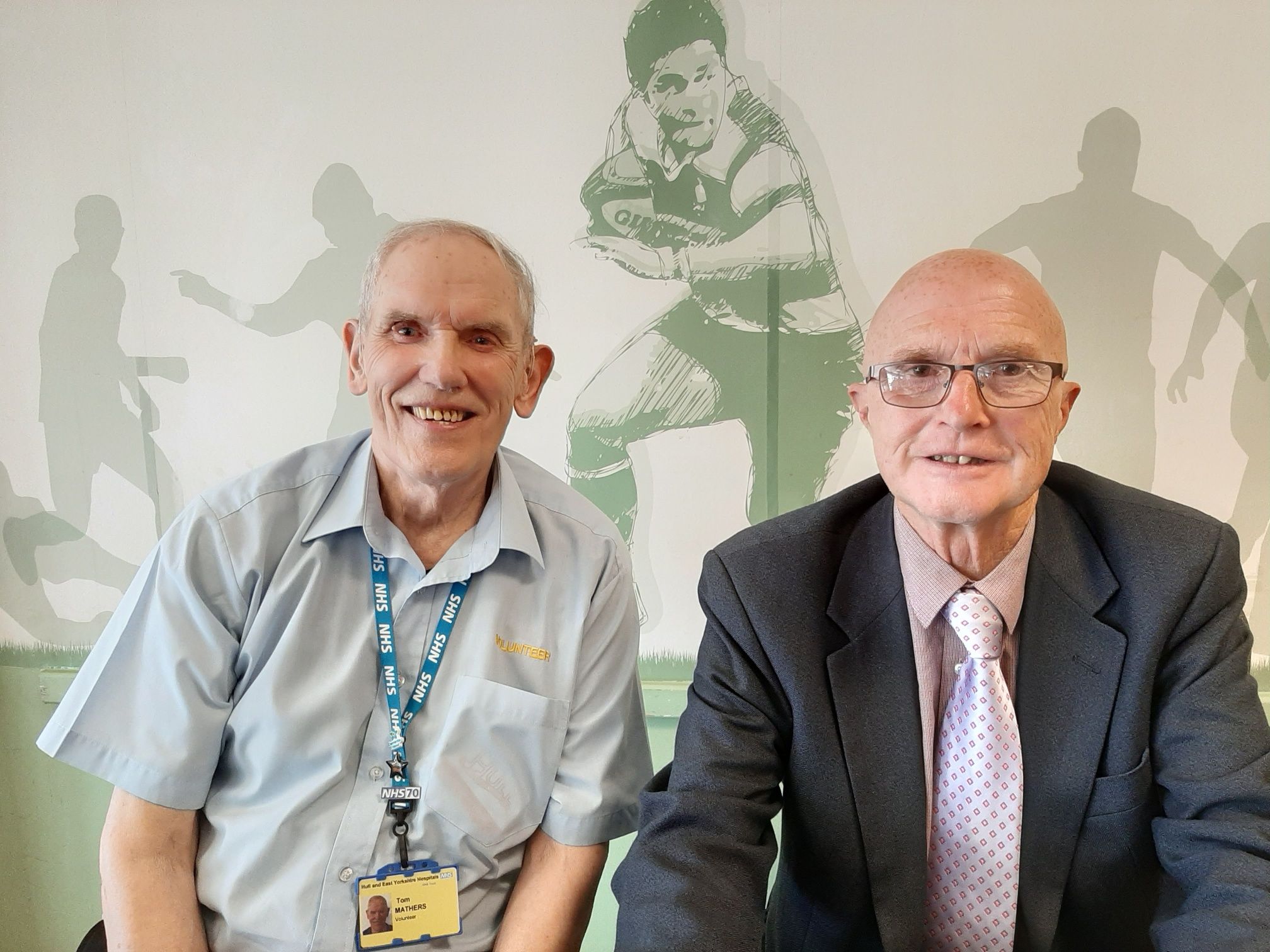 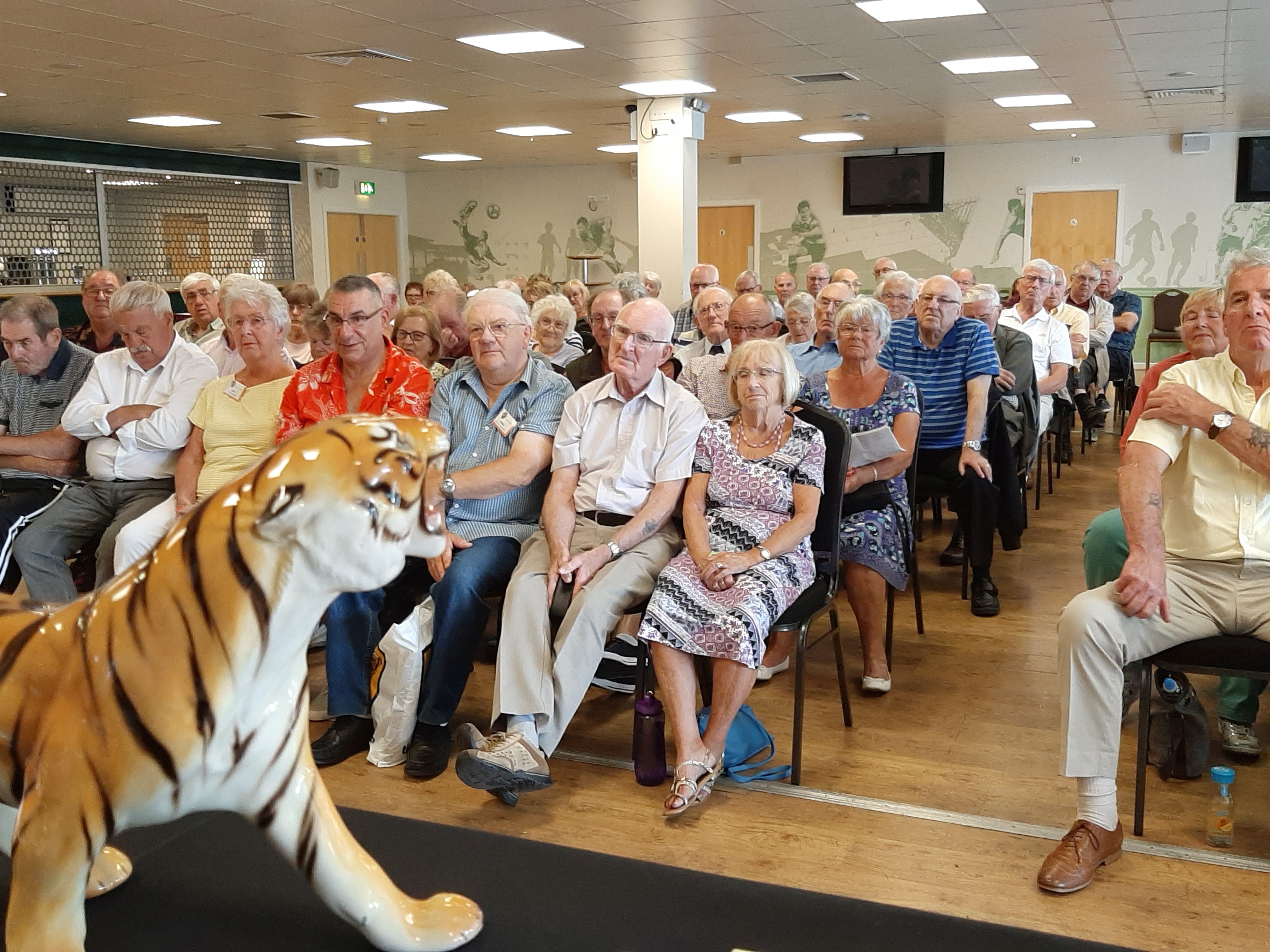 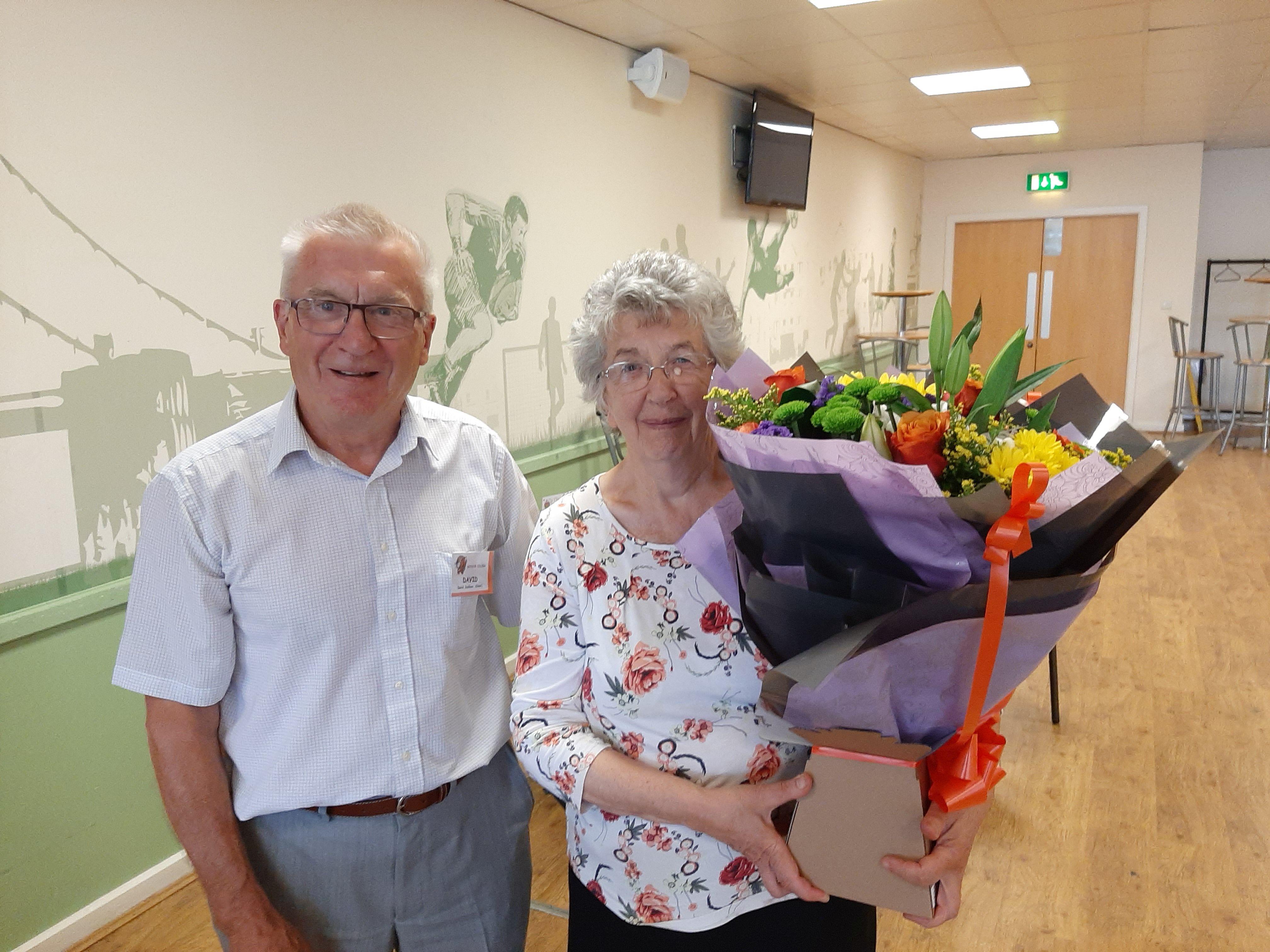 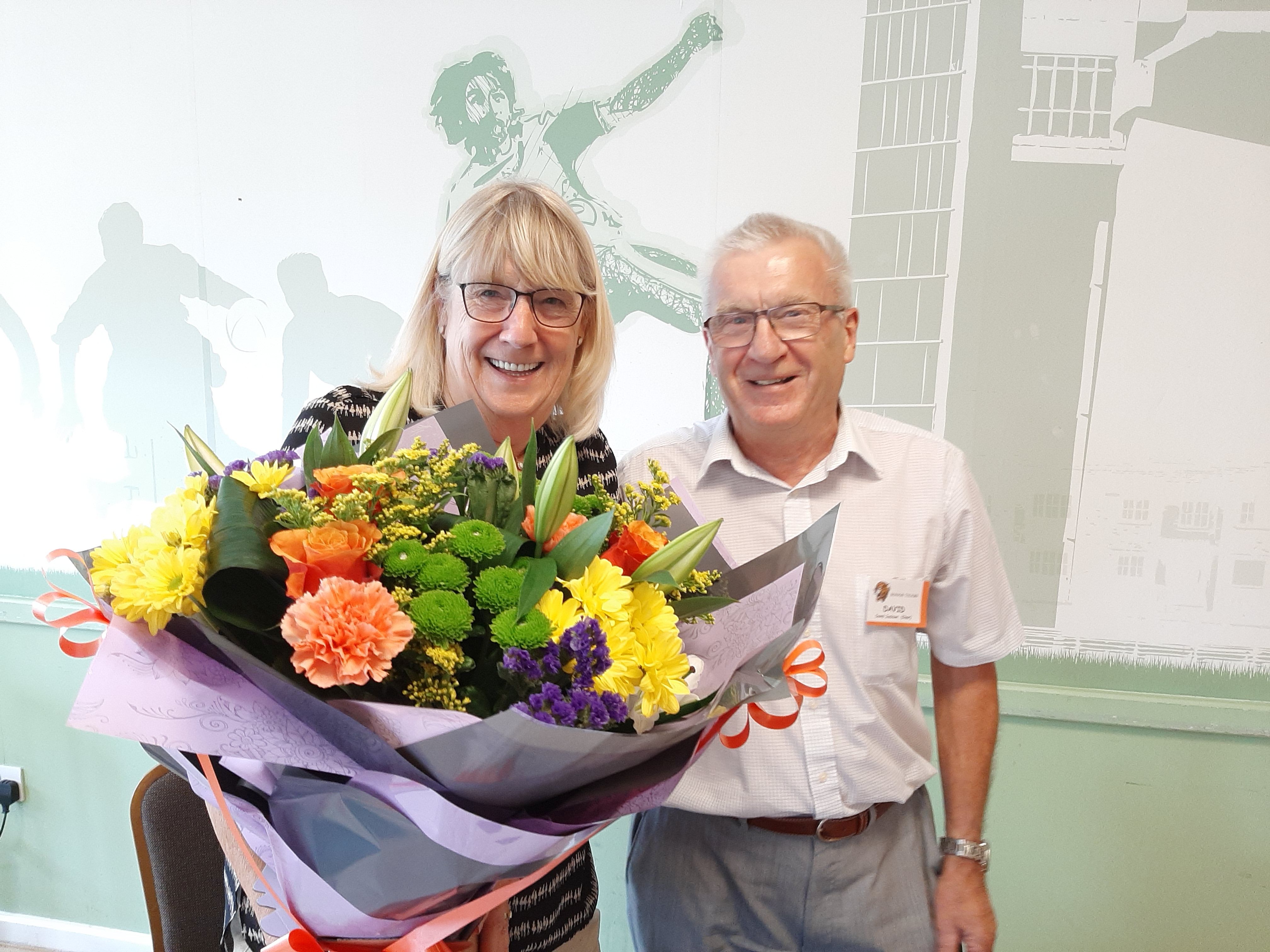