A while ago, I promised my grandson that I would take him to see the new Spurs stadium. I had met their Supporters’ rep when I went to the House of Commons to discuss ‘Safe Standing” and as I understood, they were incorporating that into their new build, which made me more determined to go myself. Then I thought that it may go down well with some of the Senior Tigers, although I knew some would think it a rather long way for a day trip.  Well, once I put it out there, it filled up in three days, and I had a waiting list.

We were greeted with such warmth, and they grouped us together on a podium, to give us an introduction to the tour.  I asked if they would take a group photo of us all, and some ‘wag’ at the front started singing ‘You’ve been mauled by the Tigers”.  This was such a hit with them, that they recorded us all singing for their own archives too.

At that point we were introduced to our guide – Geoff ‘poison’ Pearce (Michael Garner) from London’s Burning.  We should have divided into two groups and used handsets to do the stadium tour, but they decided we were such a great bunch, that they would keep us together and gave us a private tour.  We went into areas that were off-limits – what an amazing place and experience.

We saw what you get for £1billion……if you have not been, and get the chance to visit  – don’t hesitate.  And, yes, the grandson took the day off from college to come along!

We broke our journey on the way back, at a village pub,  The Queen’s Head at Newton – off the M11 near Cambridge. 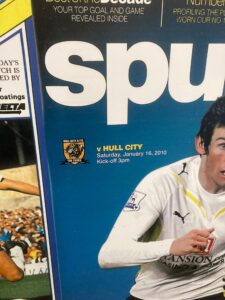 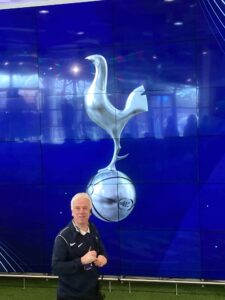 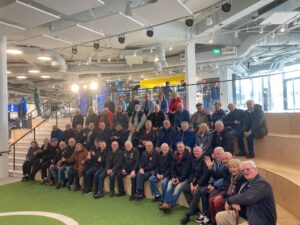 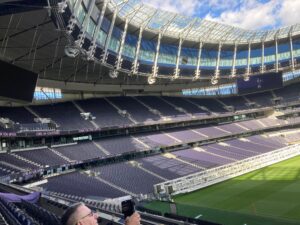 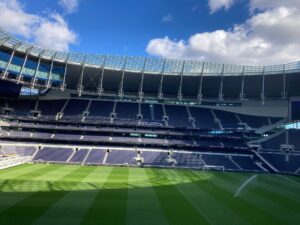 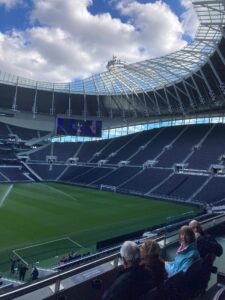 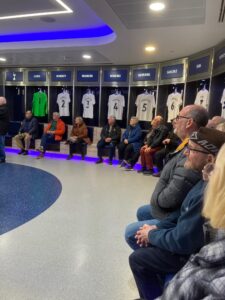 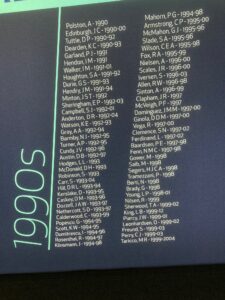 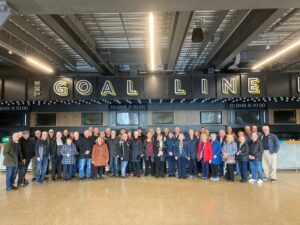 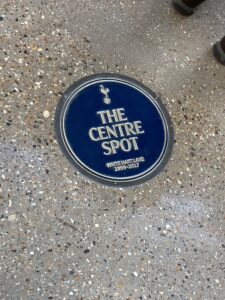 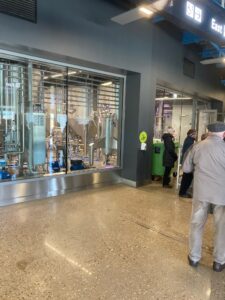 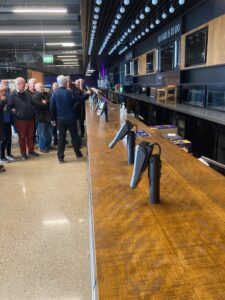